Alpaca Xperience Stark was purchased from Lindsay and Sheryl Riddle of Sherlin Alpaca Stud in Christchurch.

We purchased Stark at the 2018 AANZ National Show.
We were looking for a new Suri Stud Male and this male really took our eye.
Of all the Suri Males entered into the Show, we thought Stark was the standout.
We loved his bone and density and espcially the amount of fleece he was carying for his age.

We asked Lindsay and Sheryl if Stark would be more expensive if we won …………. Their answer was no and so we purchased him before he entered his class.
Stark won his class but never won Champion on the day …………. We still thought he was the best male there.

All of Starks Grandparents were imported from Peru making Stark a full Peruvian Male.
He has now been Certified and will get some girls this coming season and we will be able to see what he can produce then. We believe Stark could ebd up being a very special Stud Male.

From the first secone we saw Stark in the Sherlin Pens at the National Show, we were impressed with the amount of fleece he was carying.
We believe you can pick a good Suri from the outside by the way the fleeece moves when they walk.
Stark looked magnificient as he walked around the ring.
Once you open up his fleece, you can see the independent lock structure and you can feel the slippery handle of his long beautiful locks.

Stark is pure White from his toes to his nose ………….

We are really looking forward to seeing what he can produce over the coming years. 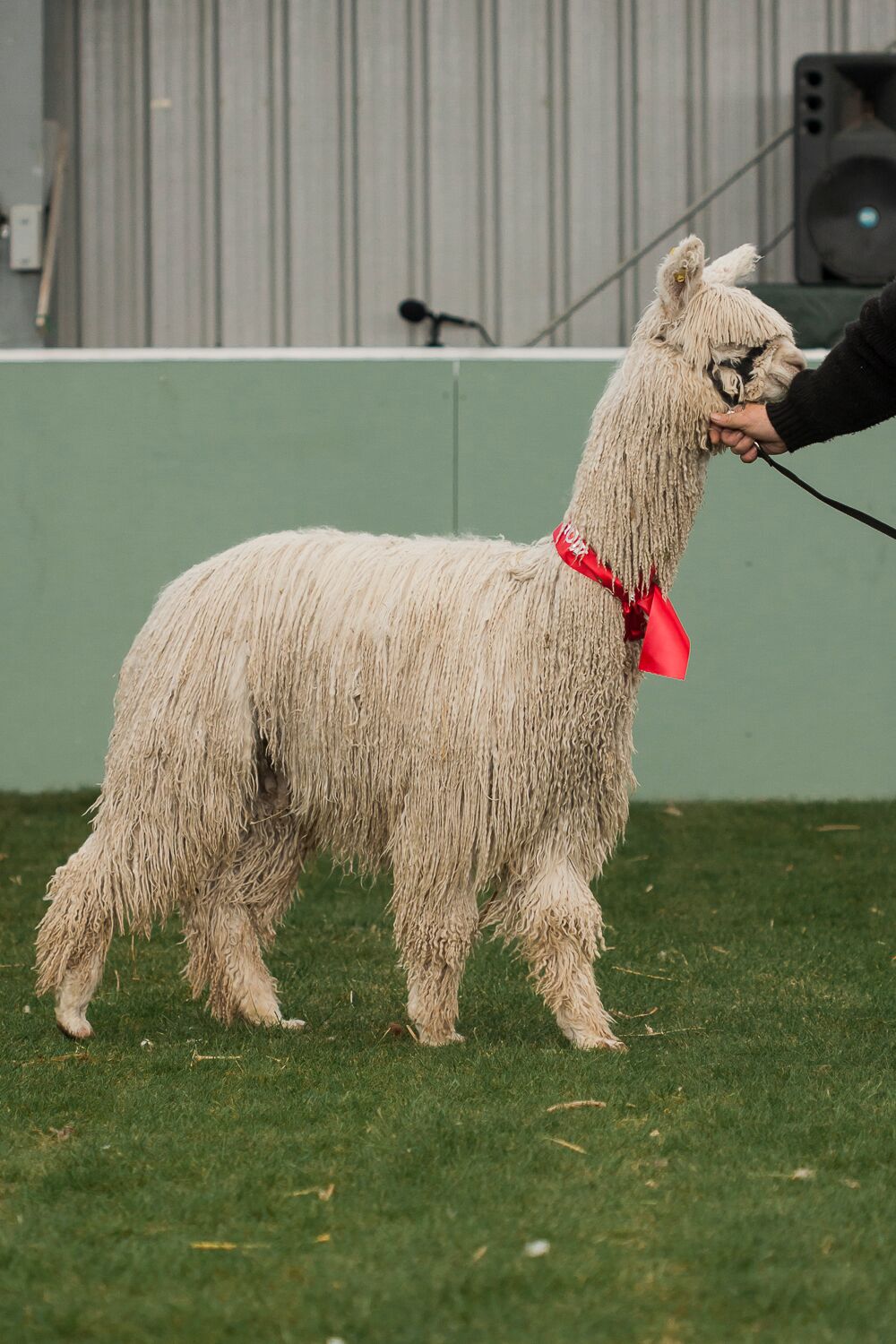 As you can see from his Pedigree below, Alpaca Xperience Stark is a full Peruvian Male. 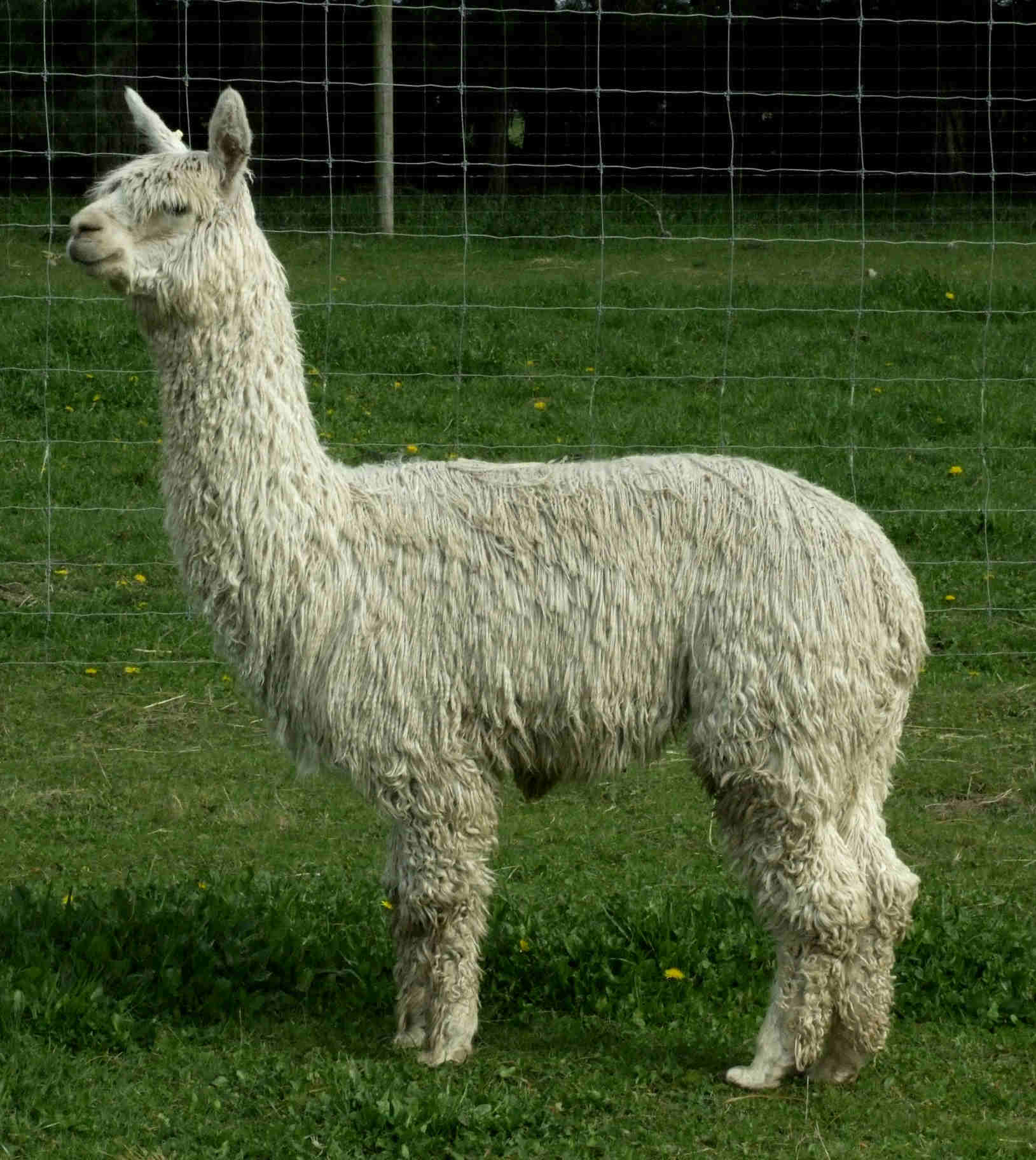 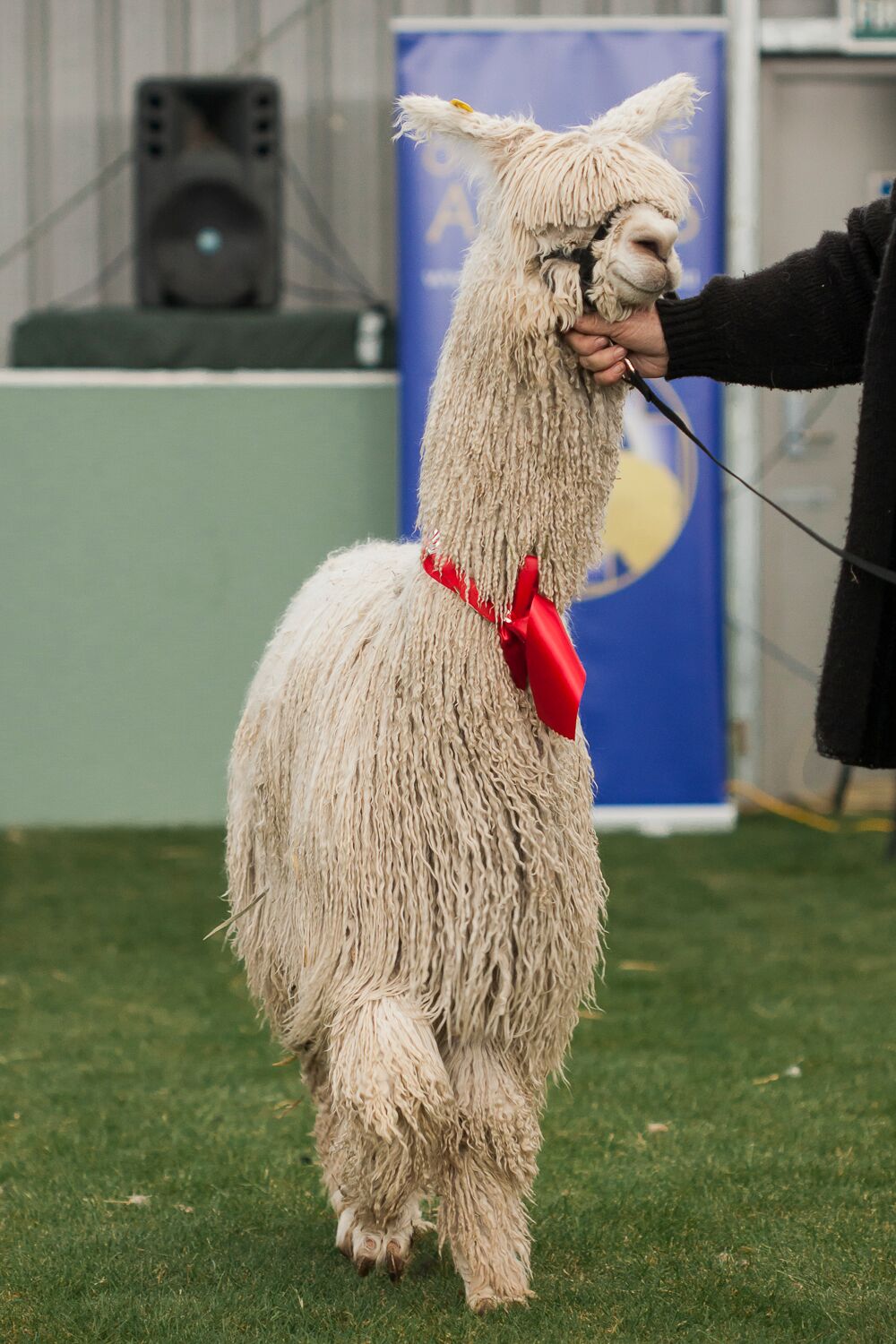 Our Special Reproductive Guarantee applies to all of Stark’s Cria.