Thief of Hearts Justice is the result of 20 years breeding Alpacas.

His 2nd drop of Cria are now being born (2019) and we are extremely impressed with what he is leaving.
The first year was just a trial over a few females to see what he would leave, but now we know which females to join him with and the results are fantastic.

Justice is leaving very fine fleeces that are Long and Soft with an incredible highly defined crimp and bundling and the handle is to die for. 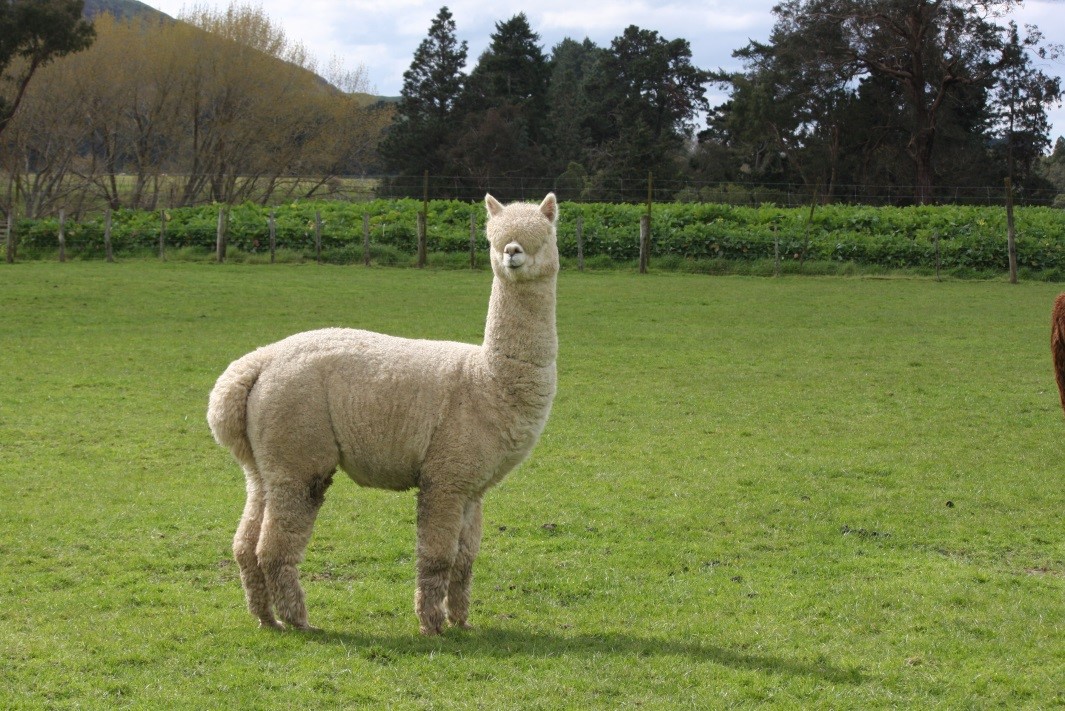 The most interesting thing about this male is that his fleece just gets better every year.
We now know Justice is a slow maturing male and his fleece is also slow to mature, giving him a very long career as a fleece and Stud Male animal.

His fleece is long and soft and he passes this onto all of his Cria. 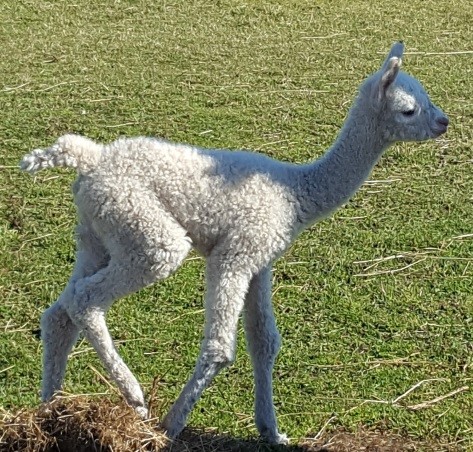 As you can see from his Pedigree below, Thief of Hearts Justice has a very impressive background. 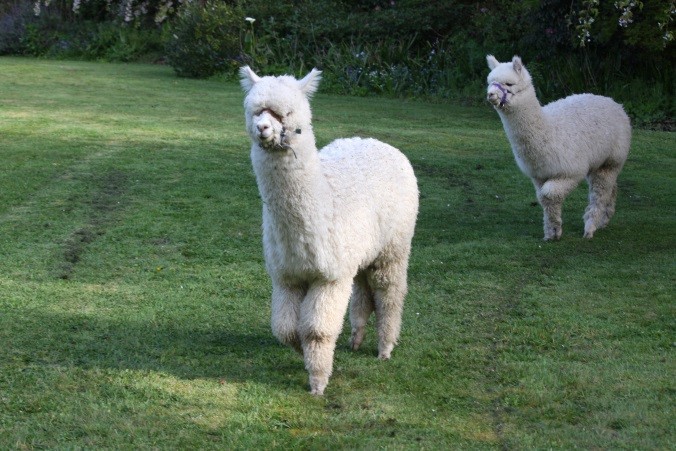 “Thief of Hearts Man of Steel”

Pictured above are two of Justice’s first Cria that both made our Show team in 2018.
Thief of Hearts “Man of Steel “ (in front) took third place in the Junior White male class at the 2018 National Show.

We are growing him out to see how he develops. Besides his beautiful fleece, he has the most beautiful soft nature to go along with it, as does his Sire. 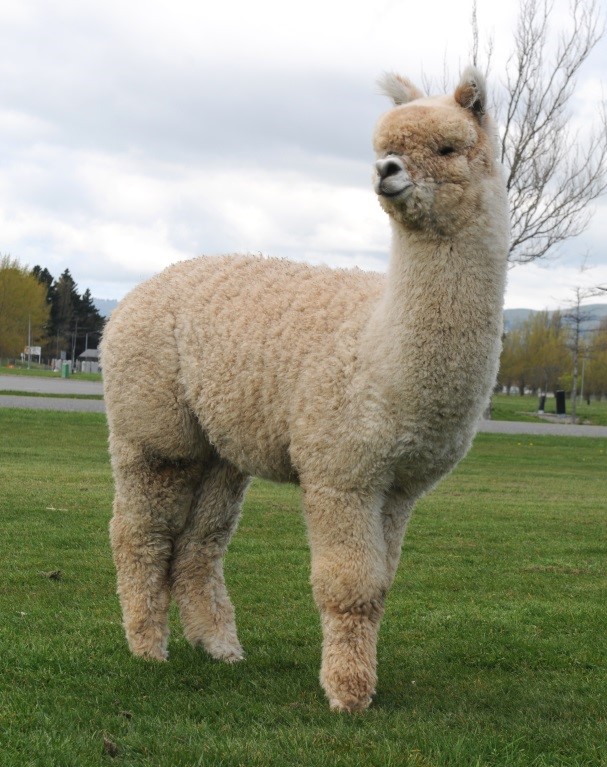 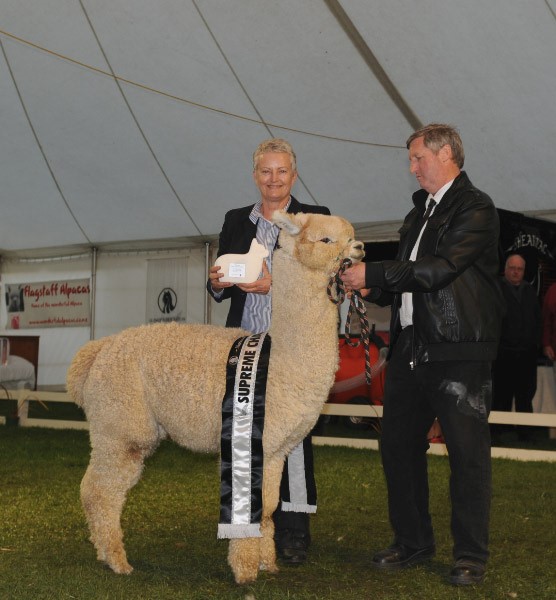 Justice and Khandy man both have the same fleece style – Long and Soft with an incredible highly defined crimp and bundling and the handle is to die for. 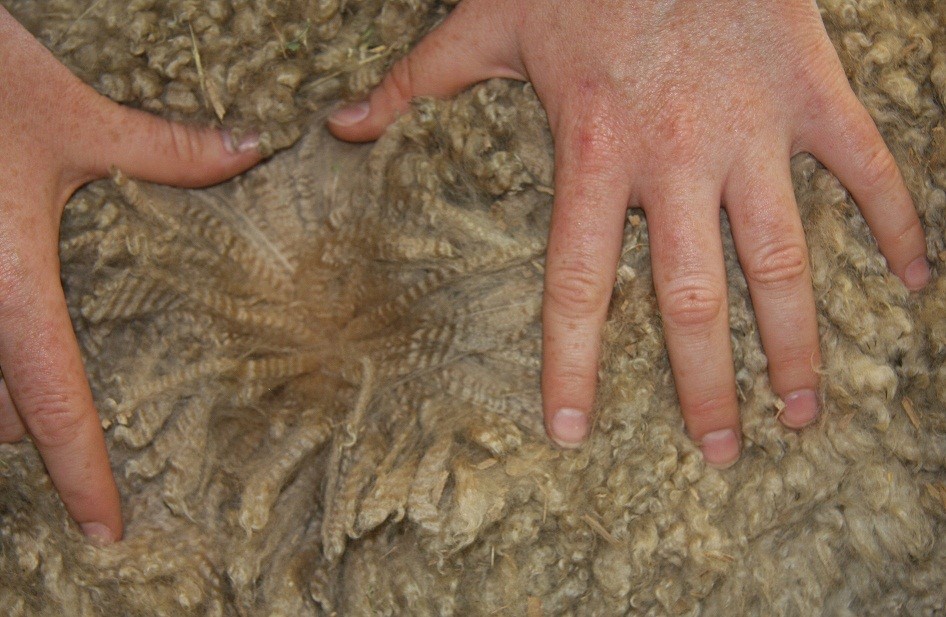 Banksia Park Khandy Man and Thief of Hearts Justice, both have the same Fleece Structure.

Thief of Hearts Justice is a Stunning looking Stud Male who is producing top quality Offspring.

Our Special Reproductive Guarantee applies to all of Justice’s Cria.